A while ago I bought a HTC HD2. I did a minor bit of tinkering with it to get it just right. I’m still only about half way done with the changes I want to make but I thought I’d post about what I’ve noticed so far.

END_OF_DOCUMENT_TOKEN_TO_BE_REPLACED

I started using Zinc when it was 2.5, it was buggy and on more than one occasion caused me some severe grievences. A nice one was when I had a presentation that had to store data in a MySQL database. Nothing complex but the presentation itself was supposed to be potentially viewed by up to 50,000 people. So what was the problem? Somehow Zinc reached version 2.5 and no one had noticed that it’s MySQL classes “Connect” function didn’t actually connect to the database. I was the lucky camper to find that one out. MDM didn’t reply to my emails so I was left to ditch Zinc and write my own Flash wrapper to handle the comms. Since several other applications were Zinc based we were kind of stuck with it. They eventually nailed all the bugs that I’d run into which was great, then we upgraded all our machines to the Vista OS. Lo and behold, Zinc 2.5 consistantly bombed out, totally not Vista friendly. So much so they actually released Zinc version 3. I knew I should of learnt my lesson.

END_OF_DOCUMENT_TOKEN_TO_BE_REPLACED

Note: This has all been made redundant by the latest release of the Broadcom software that is available here. That installs and works straight away with no problems for me on Vista x64.

I purchased a Belkin USB Bluetooth adapter (Model F8T013uk) a few days ago from Amazon. As expected it came with a driver CD stating version 6.0.1.5400. A few reviews mentioned it worked on Vista but none mentioned 64 bit. I tried using the installer from the CD via the Autorun menu and it failed to install. I then explored the CD and found an x64 directory. I installed from there via the setupx.exe file and thought all had gone well. The driver itself installed which I could tell because Device Manager now showed a Belkin USB Bluetooth adapter. The installer said it had to reboot to complete the installation. After a restart nothing happened. There was no desktop or startmenu icons so I manually navigated to the installation directory and tried running the tray icon tool. Nada. It showed up under Task Manager but refused to actually appear in the tray.

Alot of sites link to a dev-hacks article which details how to modify the drivers to work, I didn’t want to do this as drivers have to be signed to work properly in Vista 64 and even though you can disable driver signing via the boot-up F8 menu I simply couldn’t be bothered doing that each time I wanted to use a Bluetooth device. So began the adventure of getting my Sony Ericsson W850i mobile phone to talk to my PC via Bluetooth without hacked drivers.

END_OF_DOCUMENT_TOKEN_TO_BE_REPLACED

I’ve been using a Wacom Volito 2 for about a year now and have loved it. It worked great on XP and just as well on Vista 64 although potentially it could be much better thanks to all the new tablet functionality built into the OS. One thing that has been missing over the past few years of using pen tablets has been the scroll wheel that is now a standard feature on mice and trackballs. The new Wacom Bamboo range caught my eye as they sport a scroll wheel at the top of the pad along with four big customisable buttons. There are 3 Bamboo models; the “Bamboo”, the “Bamboo Fun” and the “Bamboo One”. Mine just arrived today so I’ll give you low down on how it handles.

END_OF_DOCUMENT_TOKEN_TO_BE_REPLACED

If you read my last posting you’d see that I recently overhauled my machine. The motherboard I chose was an Abit IN9 32X-MAX Wi-Fi which was my first Nforce board and as it turns out; will probably be my last. I’ve had an endless stream of issues since it was installed, the majority of them to do with it having a highly flakey bios and the rest being how picky it is with regards to memory. The latest incident saw the bios getting totaly corrupted which resulted in a 6+ hour mission to repair it afterwhich I discovered that the 3rd and 4th memory slots had been killed. The system refused to boot with any memory in them. Having reached the end of my rope I decided to return the board and try something else. The rest of this post will show you how I transferred my current Vista 64 install to the new motherboard without having to fresh install as well as explain how I decided on my new board which was far from an easy feat.

END_OF_DOCUMENT_TOKEN_TO_BE_REPLACED

I bought one of these a few months ago as I had just moved house and needed a new way to watch video off the server on the TV/Projector downstairs. At my old place it was in the next room so I just ran a pair of long s-video and audio cables across. Because I wanted the server upstairs in the new place this posed a bit of a problem due to the layout of the rooms. At the time I was tinkering with using a wireless network so when I read about the D-Link Medialounge device I got quite excited.

END_OF_DOCUMENT_TOKEN_TO_BE_REPLACED 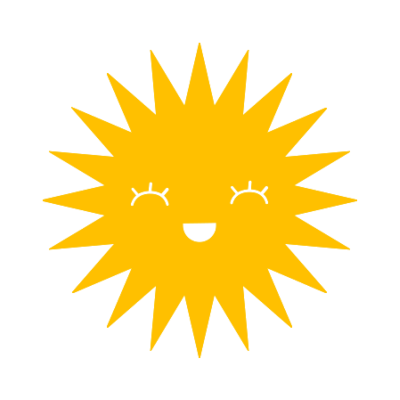